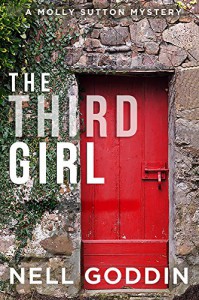 This was entertaining and lovable, and I'm definitely a fan of the series after reading this! There's just something about this book that grabbed me from the first page, I fell head over heels into Molly's world; her excitement at living in France, seeing it all for the first time, it felt like I was seeing it too (I've never been to France, so I enjoyed exploring the countryside through her eyes.)  Maybe it was the colorful characters or the beautiful setting, all drawn as rich as French food. Maybe it was the easy way the story progressed, with the characters evolving with the story.  I liked how effortlessly it segued between the point of views of several of the characters and even how it segued between the French and English characters. The intriguing plot, surrounding the disappearance of a local art school student, had many suspects and I didn't suspect who the murderer was until the very end of the book, just before the MC did.  Very well crafted! The only criticism I have is the ending wasn't entirely satisfying.  At the pivotal point, the action cut off, then went to Molly telling everyone what happened. It was a bit of a let down for me, but not enough to put me off the series. Loved it!