Review: The Prisoner of Castillac 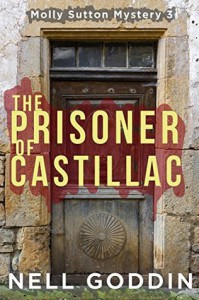 Seven years ago, a beautiful young woman vanished without a trace from Castillac, haunting the villagers and the Gendarme. But when a clue, in the form of a note left on the door to the police station, saying Valerie has been spotted alive, but no further details. Former head of the local Gendarme, Ben Dufort, hears about the note and enlists Molly's help in an informal investigation. With no evidence, no other clues and nothing to go on, can Molly and Ben find Valerie? And who left the mysterious note?

3.5/5 stars. This one was enjoyable but got a bit tedious after about half. I liked the resolution of the mystery behind Valerie's disappearance but I think it would've done better as a side plot, or if there had been some kind of side plot. Most of the book was really just a series of missed opportunities and while that makes for some tension and suspense, it wasn't meaty enough to be the sole focus of the book. But what really bothers me is what's not in the book:, some details get skipped over and at the end of the book, it's all resolved. This is something I've noted in the other 2 books; in the first book, it was the ending. One minute you're in the middle of the exciting ending and the action cuts off to Molly telling her story at the pub. In this book, it was all the action outside of the main plot (which, as I said, wasn't really enough to span a whole book.) Ben Dufort, who has now resigned from the Gendarmes, is barely in the book, there are very few scenes with him and Molly and at the end they're kissing and holding hands. Wha? I realize that the series has been leading up to this, but it just seemed out of place and not fleshed out. I would've liked to have seen it come about more naturally.

So, this was good, thanks to the excellent characters, but the plot (or lack thereof) held it back from being a 5 star read.